With the introduction of electric buses in cities, the air is becoming cleaner, reducing pollutants like nitrogen oxides (NOx) and particulate matter (PM). Cities are becoming quieter and in turn, a healthier and more enjoyable environment for citizens to live in.

However, since electric buses are so quiet new sounds need to be created and added so people are still aware of the traffic around them. As Stephen Edwards, Director of Policy and Communications at Living Streets, states, “Improving local air quality in London is a vital priority and will improve life for everyone, particularly those walking. But as our buses become cleaner and quieter, it is important that pedestrian safety is not compromised.”

And this turns out to be a very serious issue as an interesting research from the US Department of Transportation has found people are 40% more likely to be hit by an electric or hybrid car than one with a loud combustion engine.

The new sounds added to the buses help reduce accidents, keeping pedestrians safe who may not be paying attention or have visual impairments.

To tackle this unexpected but growing issue, new regulations have been created and different sounds constructed so pedestrians are aware and safe despite the lack of natural sound. EU regulations state that all new electric vehicles need to include an Acoustic Vehicle Alerting System (AVAS). The system must play a sound to alert people to the vehicle when it’s moving. Cars moving at speeds of less than 20 kph must have a minimum sound level of 56 dB and older electric cars have to be retrofitted with a sound system by 2021.

Transport for London(TfL), the organization in charge of London’s bus network, is one of the first transport agencies to introduce these new sounds. The sound that will be playing on the London buses is an electronic composition, a short loop playing constantly when the bus is operating. When the bus is still a soft chord (technically, F#maj7) plays continuously with two rhythmic pulses over the top. As the bus moves, a beacon sound (a single note of C sharp) is played every three beats over the rest of the track.

Matt Wilcock of Zelig Sound, who created this sound states, “This approach of being rhythmic and having a beacon sound has not been considered before. We want it to be nuanced enough that even people who are into music and sound are still going to appreciate it but also it has to be loopable, constantly.”

Creating a city that is safe and clean requires a number of different experts and various considerations. Operators and drivers can benefit from the various features electric bus monitoring has to offer.

Kirsty Hoyle, CEO of Transport for All, states: “Understanding the lived experience of navigating London’s streets with a visual or sensory impairment, and designing services with this in mind, is a fundamental part of inclusive design; our disabled members have been delighted to work with Transport for London to find a solution that can now be live tested.” Cities are changing as more electric buses roll out, with cleaner air and new sounds!

Curious to learn more about e-mobility? Check out the platform making it possible to manage your vehicles and chargers in one dashboard here! 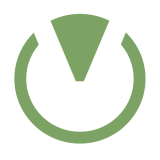 We are the ViriCiti marketing team. A group of EV enthusiasts writing about the most important aspects of operating electric fleets. From monitoring to smart charging.