DEURNE, MARCH 2021 – Ebusco, a forerunner in the development of electric buses, and ViriCiti, the market leader in telematics systems in Europe and USA, have formalized their 7-year partnership this month.

This is an important milestone in the fruitful collaboration between the two Dutch companies that have been working (and growing) together since 2014. Ebusco will continue to use ViriCiti’s fleet management service to power its Ebusco® Live monitoring system, pre-installed in all Ebusco buses.

“The visions of ViriCiti and Ebusco are aligned, pushing innovations that aid the transition towards sustainable transport. This partnership allows us both to better serve the customers, by providing them with an all-round solution to their fleet management needs” said Freek Dielissen, ViriCiti CEO.

A young company, ViriCiti evolved from a small Amsterdam start-up in 2012, to market leader in Europe and United States in the field of electric bus telematics.

Ebusco had a similar fast growth, and has been an important exponent of zero-emission transport since its beginnings in 2012. The OEM has won twice the Ecology Label Award at Bus World Europe, one of the largest European bus conferences.

‘’Since the start of Ebusco we know how essential data is for concessions and operators in order to optimise the operation of our electric buses as regards range, efficiency, emission reduction and performance. It shows among other things the battery status and average efficiency, which is very valuable information. I’m very happy that we’ve extended our partnership with ViriCiti “said Peter Bijvelds, CEO Ebusco

ViriCiti’s telematics system is available through Ebusco buses for operators like Transdev in the Netherlands, Stadtwerke München in Germany, and Norgesbuss in the Nordics. Currently, 300+ Ebusco buses are monitored through ViriCiti’s platform.

ViriCiti started in 2012 with a focus on electric buses and trucks and is now the market leader in the United States and Europe, with over 3500 buses and chargers connected to its platform. The company is working with over 200 OEMs and fleet operators worldwide and aims to accelerate the adoption of electric vehicles by offering an all-in-one solution for full-electric as well as mixed fleets.

Ebusco ® is an originally Dutch company based in Deurne, the Netherlands. The goal of Ebusco ® is to make clean, silent and emission-free public transport available to everyone. It is now able to offer an electric bus that is cheaper than a diesel bus. Since the company’s creation in 2012, they have supplied more than 300 buses to 15 European cities. At present Ebusco ® employs  over 200 people. 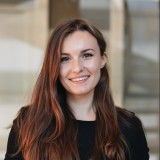